Goldin has finished an online auction featuring 2022 AMC’s The Walking Dead Auction loaded full of set props and the 107 items up for auction ranged in prices starting around $1,000.00 up to above $50,000.00. Collectors Dashboard evaluates high-end collectibles as an alternative asset class. Let’s just say that movie props auctioning in the thousands of dollars and tens of thousands of dollars easily fit withing the theme of high-end collectibles.

Your favorite Walking Dead characters all had key pieces of easily recognizable clothing, accessories and set props up for grabs in the Goldin auction. Rick Grimes, Daryl Dixon, Negan, Carl, Alpha, Carol, Michonne and so on. The two highest priced items in this auction were lots 1 and 2, which pitted Negan’s bat Lucille against Daryl’s old Honda CB 750 Nighthawk motorcycle. Guess which one priced out the highest.

Images presented are from Goldin.co for each auction.

Lot #2 was Negan’ Production-Used bullet-struck Hero Lucille bat and it fetched $51,600.00 after 34 bids. This 34″ bat was the bat that has the embedded round fired by Rosita in TWD Episode 8 of Season 7 when she was trying to kill Negan. The then-villain’s bat came with a Letter of Authentication from AMC attesting to its screen use. 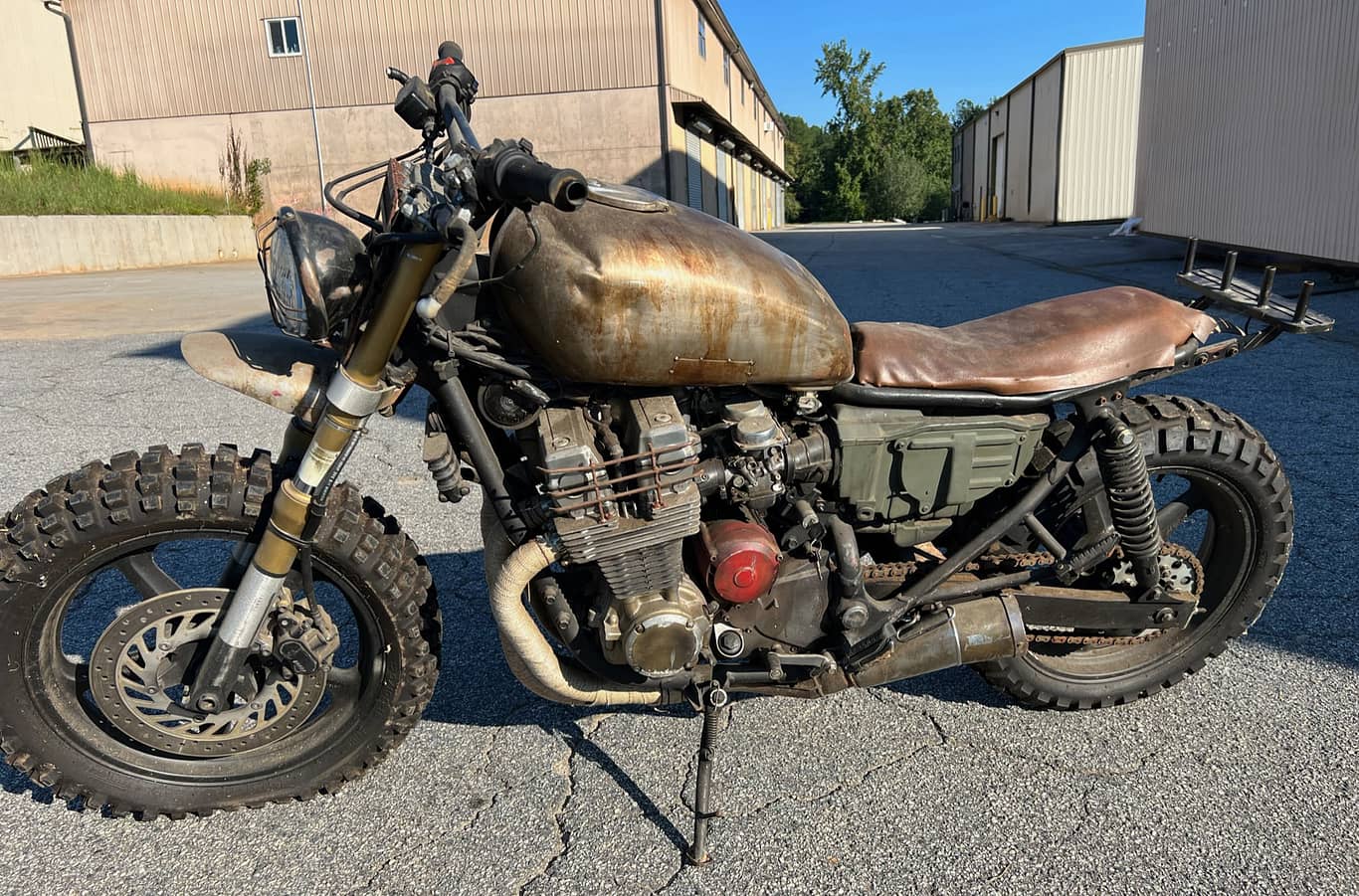 The motorcycle’s winning bidder also has to make arrangements for picking up the motorcycle in Atlanta and then transported to wherever the winner wants it to go.