The Walking Dead has been one of the most successful television programs of all-time. Some of the weapons used in this post-apocalypse zombie hit are going to be recognizable for many years to come. As the televised series is expected to become The Walking Dead on the big screen cinema releases, the market for The Walking Dead’s collectibles has expanded far beyond comic books and NFTs.

Goldin has finished an online auction featuring 2022 AMC’s The Walking Dead Auction. Your favorite Walking Dead characters all had key pieces of easily recognizable clothing, accessories and props up for grabs in the Goldin auction. Rick Grimes, Daryl Dixon, Negan, Carl, Alpha, Carol, Michonne and so on. The event was loaded full of weapons used as set props with final sale prices in the $1,000 to even above $50,000.00 range.

Here are just the top ten weapons sales from The Walking Dead. Images provided by Goldin.co for this and prices are represented as with buyer’s premium.

The highest priced item in the entire auction was Lot #2 as Negan’ Production-Used bullet-struck Lucille bat. It fetched $51,600.00 after 34 bids. This 34″ bat was the bat that has the embedded round fired by Rosita in TWD Episode 8 of Season 7 when she was trying to kill Negan. The then-villain’s bat (and all items below) are accompanied by a Letter of Authentication from AMC attesting to their screen use. 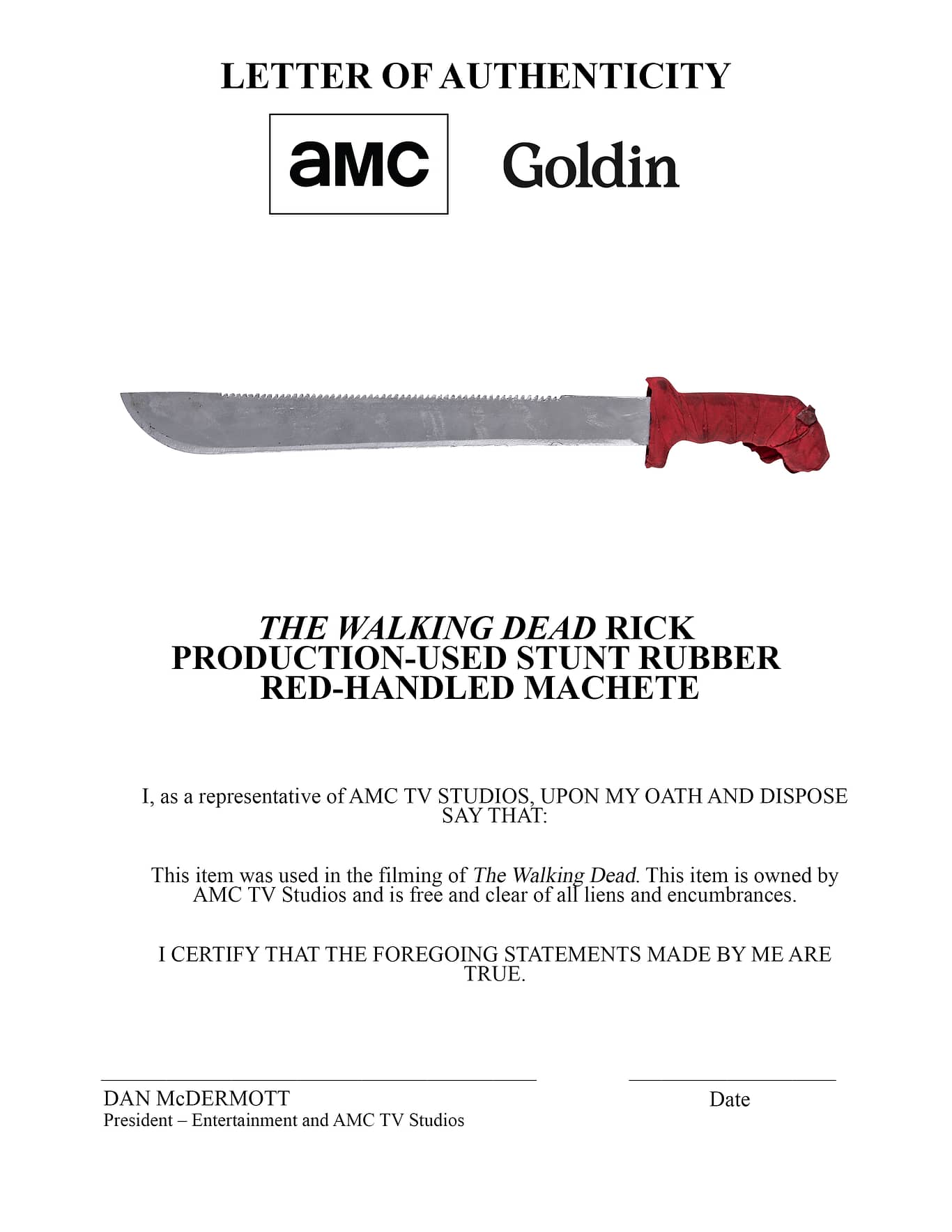 5) Lot #30 was another Negan bat, but this was the production-used Lucille stunt rubber bat which was also 34″ like the real production bat. It fetched a $9,600.00 final price after 30 bids. 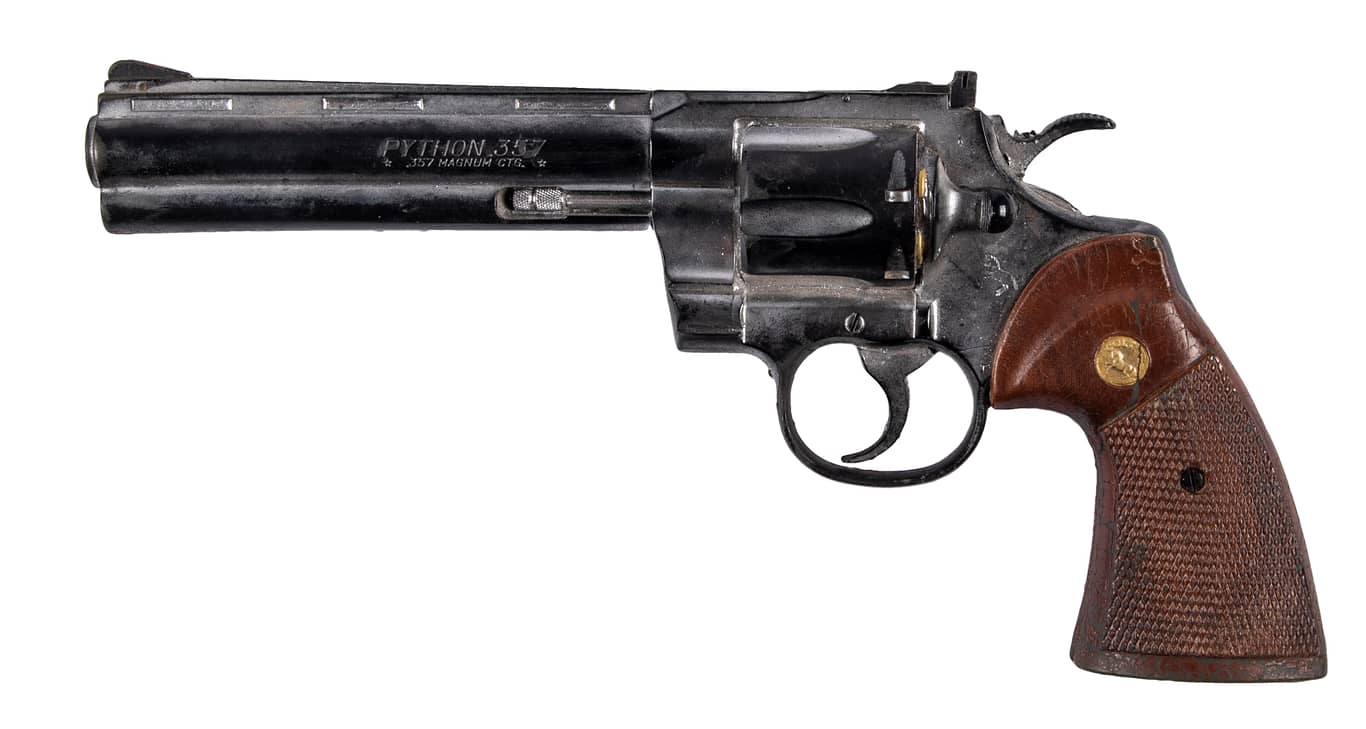 If the numbers are complete and accurately represented, that’s a tally of $131,986.00 for just the top 10 weapons counted.